Electricity is the most versatile and easiest way to control energy. At its points of use, electricity is practically loss-free and essentially a non-polluting energy. At the point of generation it can be produced in a clean manner with totally renewable methods, such as wind, water and sunlight.

Electricity is weightless, easier to transport and distribute, and represents the most efficient way to consume energy. The electrification of energy consumption will be one of the most important factors to face the energy challenge that supposes for any country to reach the 100% renewable energy target of Total Energy by the year 2050. Anyway, I would propose that this date be for the year 2040 because we are late. 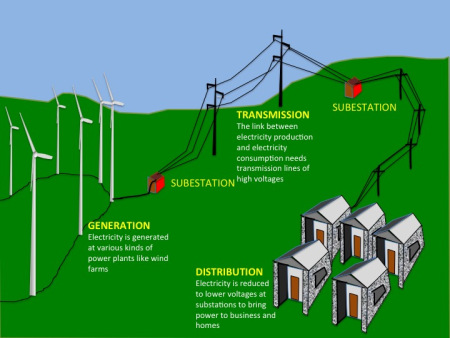 An essential strategy to successfully face the challenge represented by this radical change in the uses of energy is to concentrate on the generation and uses of electricity. For this, a double approach is required:

Energy must be produced in the most efficient manner and, in turn, be less harmful to the environment, without inhibiting economic development. In the generation of electricity, “efficiency” is applied both to the output productivity (the maximum electricity generated for a given input of primary energy) and to the secondary effects, minimizing emissions. This can be achieved through renewable production, including hydropower, large increases in the efficiency of fossil fuel-based generation (including carbon capture) and advanced nuclear power.

Secondly, the electric power supplied must be used in the most efficient and effective way. In the use of electricity, efficiency has two complementary aspects: minimizing the power needed to perform a given task, and changing or reducing the tasks that are considered necessary so that less energy is needed.

A realistic goal is a 30% short-term reduction in the energy needed to perform any task and, in the long term, much greater improvements. The last one will be based on rethinking the tasks themselves, together with the advances due to the research and development in lines that can already be drawn today.

What do we mean by “smart electrification” ?

Intelligent electrification means using electrical energy to replace other forms of energy, such as fossil fuels. It also means using the advantages offered by electricity to make a better general use of energy.

Electricity is basically a lossless energy. Electricity converts energy into useful energy without losses and without contamination. It does not need large trucks to be transported. You can turn it on and off, as needed, and there is no exhaust pipe connected. Even when it is produced using a coal plant, it is at least twice as efficient as the energy produced with a combustion engine.

Intelligent electrification will allow us to make better use of energy, reduce emissions and, ultimately, help mitigate climate change. This is precisely what is pursued.

This entry was posted on 19 diciembre 2020 at 2:23 pm and is filed under Uncategorized. You can follow any responses to this entry through the RSS 2.0 feed. You can leave a response, or trackback from your own site.