Has the economic depression already started?

It is clear that the Third Economic Depression has started for a little more than a decade and, although the complicit silence of governments, media and universities tried to hide it from the people, it is becoming increasingly difficult to deceive a growing number of citizens who suffer this drama of the economic crisis that never goes back in the bosom of their own families. It is a broken world economy that tries to flee futilely, even if it means adulterating democracy, corrupting more politicians and impoverishing more families and citizens.

It is increasingly evident to us that the current model does not work and that the vast majority of the developed countries of the world are bankrupt due to their growing and exorbitant indebtedness. However, the global financial institutions try to cover with euphemisms the serious situation in which we find ourselves.

Every day that passes, it is easier for us to see that we are going worse. It is still doing more of the same without changing the fundamental thing that would be something consistent like putting in value the whole of the economy, eliminating bubbles, risky financial leverages and other speculative activities that have converted the financial markets into casinos for those who play sell games. 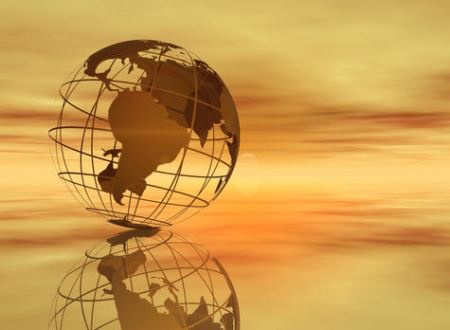 However, in the latest statements by the IMF, there is an increasingly distressing feeling with the prolonged crisis situation that we are suffering and from which we do not escape. The international financial institutions no longer have space or time to continue with the avoidance and dissimulation because they have already lied too much.

That’s right, instead of talking about how to puncture the current financial bubble that prevents the real economy from re-emerging, they prefer to talk about whether the inability of rich countries to solve their challenges is the one that threatens to cause a generalized recession and that the The impact of the crisis in the rich countries is infecting the emerging countries. This is not serious, nor is it true. They are half-truths that try to disguise what, in reality, is happening.

The unlimited power that banks have to generate money is irrationally increasing debt and feeding back inflations of assets that are growing to the point of placing the world economy within a financial bubble that is about to explode. To curb this giant bubble that has been created during these years, some experts believe that the attractiveness of speculation that keeps asset prices leveraged, such as real estate assets, should be reduced, but this does not stifle investment. I think it is a reasonable but optimistic opinion because, if we do not change the model and focus on sustainable development, we will be late for non-traumatic solutions.

It is hidden that we are immersed in the Third Economic Depression and that to achieve an exit from it, it is necessary to change the current neoliberal economic model for another of a sustainable nature. The sooner the transition to the new sustainable model begins, the less stressful, long and traumatic will be the period of time that will require all the adjustment to be carried out.

A process that will need to value the whole economy. for which we need to introduce innumerable innovations of all kinds, from social innovations – especially in relation to health, pensions, accommodation, education and employment – and technological, to financial, commercial, fiscal, energy and transport innovations that will require profound changes in coherence with the sustainable economy model-some call it “green economy” -which we need.

In the midst of the ceremony of confusion, as the world approaches ever closer to the global financial crack, recession looms, first in the EU, as is the case in Germany and, according to the markets, also in an economy such as the United States. that sailed last year at a rate of 3%. The highest since the economic depression erupted. But what fell when Wall Street announced repeated falls over the past few months.

The “Land of Promise and Wellbeing” that until 2008 was a reality for many countries will not return no matter how hard we try, until we change the economic model and introduce others of a sustainable nature. Meanwhile, debt levels will continue to rise, as will deficits.

The financial bubble will also do so until it punches and condemns us to an adjustment with traumatic consequences. All for continuing with an absurd and obsolete economic-financial model that seeks that the rich are getting richer and the poor, and not as poor as the middle classes, are getting poorer and, above all, condemned to unemployment, when not to precariousness and ever lower wages.

The most macabre thing is that there are right-wing parties that defend the tax cuts for the richest classes, when the misery spreads among the other social classes. The height of the greed of the richest classes and the height of human stupidity of the middle and lower classes are becoming the most prominent patrons of the world stage in which we live, where the minority ruling classes enjoy the favor and the vote of the majority middle and lower classes, thanks to the deception and the stupidity of the people caused, in large part, the lack of culture, the lack of critical capacity, the impunity to disseminate fake news, the control of the media audience and the manipulation of social networks.

A farce and a scam that will continue until the global financial crack explodes. Then, even the most stupid will be aware of the mockery they made to them and their ancestors, but it is something they will soon forget because they will never learn from their mistakes, since it is thus prescribed and well immersed in the human condition.

This entry was posted on 11 julio 2019 at 9:33 am and is filed under Uncategorized. You can follow any responses to this entry through the RSS 2.0 feed. You can leave a response, or trackback from your own site.